HSL brand pottery wheels have been produced at the Schwarzacher Werkstätten for many years. Equipped with modern machining facilities people with disabilities assist our professionals in the production of pottery wheels suitable for beginners and experts. The safety-approved products are increasingly in demand abroad.

The brand name HSL has been synonymous with professional pottery- making for many years. The pottery wheels are suitable for beginners as well as experts and are sold on the international market. The Schwarzacher Werkstätten, which are part of the Johannes-Diakonie Mosbach, produce the pottery wheels. In co-operation with ceramists worldwide the workshop continues to develop the pottery wheels and designs models for every application.

At home in Schwarzach since 2006

The Schwarzacher Werkstätten of the Johannes-Diakonie Mosbach bought the product line from HSL in Heidelberg in 2006 and have been producing pottery wheels single-handedly under the brand name HSL since that time. The pottery wheels are sold via distributors in the whole of Europe, as well as Russia, the United Arab Emirates and Israel.

In the last few years, the professional staff of the Schwarzacher Werkstätten have started to develop the pottery wheels further and have replaced them with updated models. Initially we re-designed the Junior VS model and gave it a new frame as well as new electronics.

Three years ago the complete re-construction of the two top models Mobil and Profi began. It was our goal to integrate both models into a single product line. The model "Mobil" was equipped with a seat to create the "Profi" model. After three years’ development, the professionals at the Schwarzacher Werkstätten have succeeded in creating a powerful and competitive wheel with a pleasing design.

The newly developed basic model is now available under the description Profi T-45 as a table-top version. This pottery wheel can be expanded at any time by purchasing the frame for the seat, making it into model Profi S-45 with its own seat. Therefore, our goal of integrating both expert models to create a single product line has been achieved. Furthermore, the workshops have succeeded in building an assembly line that allows people with a wide range of disabilities to participate in the production process. All products meet the safety –approved DGUV standard stipulated by the trade association. 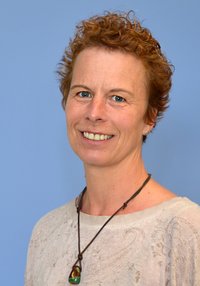